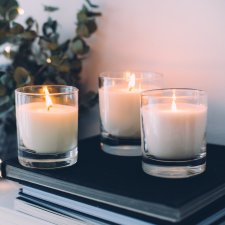 Posted Tuesday, July 5, 2022 5:19 am
Via Jernigan-Warren Funeral Home
Robert Sherman Domina, 84, of Fayetteville, NC, died Tuesday, June 28, 2022, at Cape Fear Valley Medical Center. Robert was born February 8, 1938, in Newport, Vermont.  He was retired from the US Army.  After serving in the military, Robert worked in education. Robert was called to his Heavenly home on the same day as his beloved wife, Ilona, of 59 years of marriage, was laid to rest.  He was also preceded in death by a daughter, Denise Rickabaugh.     Robert is survived by his daughters and sons-in-law, Sandra Cofield (Matt), Bernice Watson (Chris), and Terry Conner (Tim); a son and daughter-in-law, Robert Domina (Elvira); thirteen grandchildren; one great-grandson; and three brothers, Joe Domina, Lenny Domina, and Stephen Domina.   A graveside service, with full military honors, will be conducted on Wednesday, July 6, 2022, at 12:00 p.m., at Sandhills State Veterans Cemetery. Arrangements by Jernigan-Warren Funeral Home, 545 Ramsey St., Fayetteville, NC 28301. Online condolences may be made to www.jerniganwarren.com