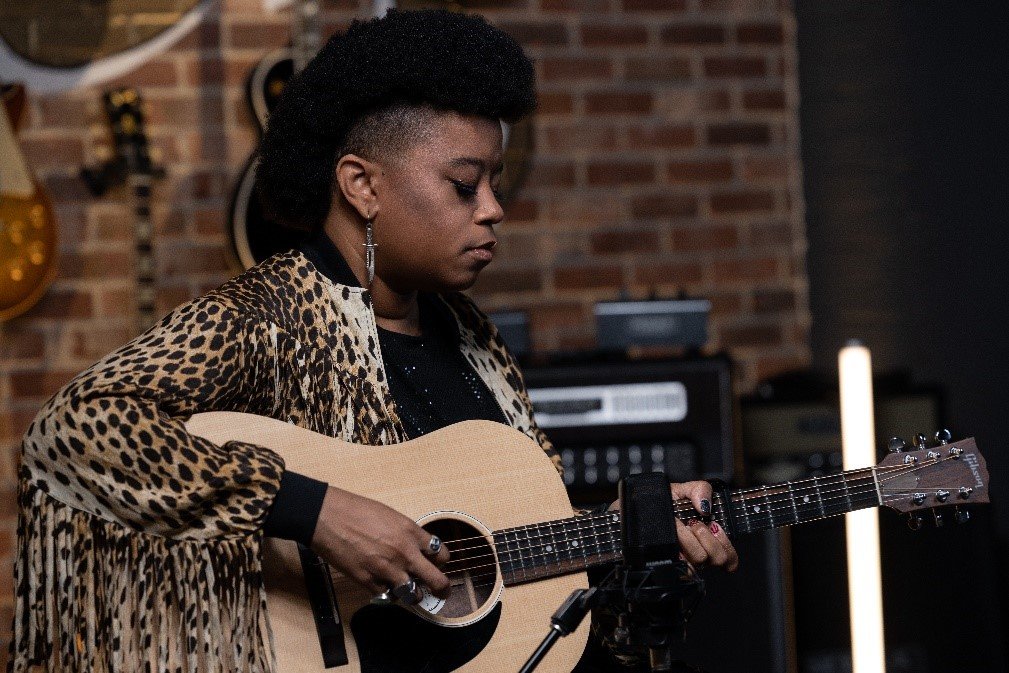 Grammy-nominated artist Amythyst Kiah will be among those performing during Fayetteville’s inaugural Juneteenth Jubilee.
Contributed
Posted Saturday, May 14, 2022 5:36 am
A staff report

Kiah is a singer and songwriter from Tennessee. She was a member of Our Native Daughters, an all-women-of-color group whose standout “Black Myself,’’ written by Kiah, earned a 2020 Grammy nomination for Best American Roots Song. It won Song of the Year at the 2019 Folk Alliance International Awards, the district said in a release.

The Juneteenth Jubilee is scheduled for June 18-19 in downtown Fayetteville.

Last month, the Cool Spring Downtown District announced that rapper Morray, who is from Fayetteville, would also be performing on the main stage June 18.

Others who are scheduled to perform include West African funk and jazz band, Diali Cissokho & Kaira Ba; funk and disco group, The Fatback Band; and renowned jazz saxophonist, Reggie Codrington, the district said.

On June 18, a full-day street festival is scheduled for downtown Fayetteville, featuring the headlining acts, local musical acts, food trucks and other vendors, according to the Cool Spring Downtown District.

The Juneteenth celebration is a partnership between the city of Fayetteville, the Cool Spring Downtown District and Circa 1865, a nonprofit organization that promotes unity in the Black community.

On June 19, the Cool Spring Downtown District and Circa 1865 will host the Juneteenth Jubilee Heritage Brunch. The ticketed event will showcase Black chefs and culinary students. The keynote speaker will be Jaki Shelton Green, the state’s ninth poet laureate.

A Praise Party in the Park is also planned for June 19 in Festival Park. The free event is scheduled for noon to 6 p.m. and will feature Grammy-award-winning gospel singer Donnie McClurkin, the downtown district has said.

Circa 1865 will be hosting several countywide events as part of its 4th annual Juneteenth Freedom Festival, organizers have said.

Other scheduled events include a launch party June 16 at Dirtbag Ales, 5435 Corporation Drive in Hope Mills, and a golf tournament June 17 at Stryker Golf Course on Fort Bragg. A carnival is also scheduled for June 16-19 in Spring Lake.