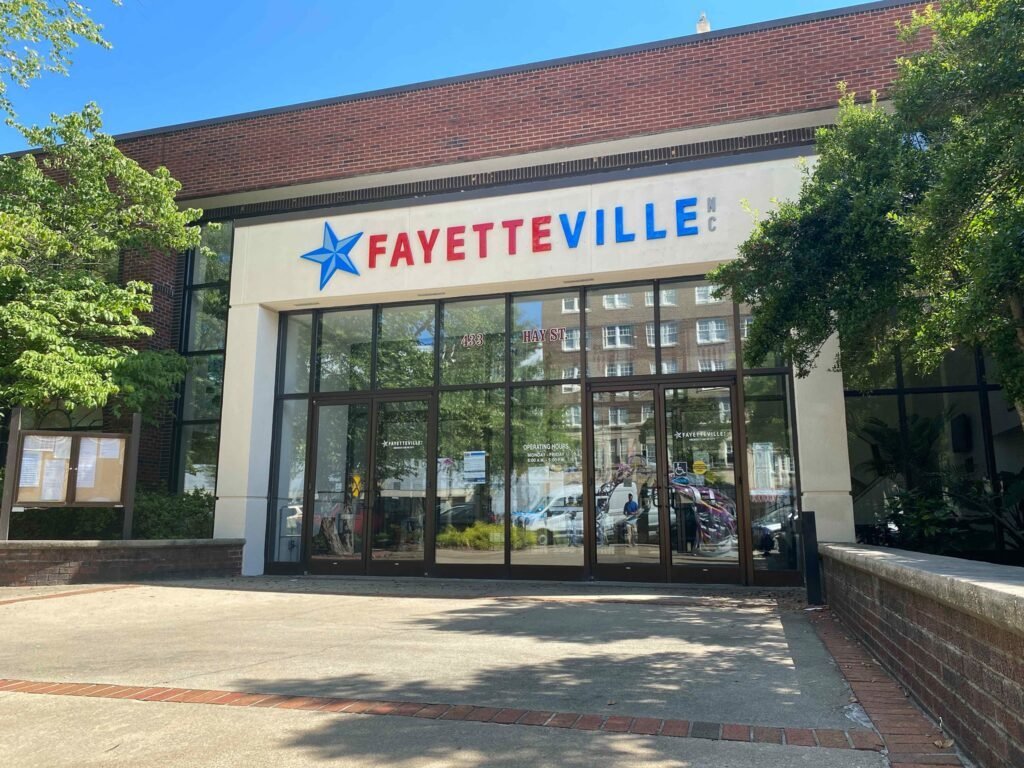 Annexation requests for three properties have been approved, including an 83-acre parcel south of Dunn Road that would be developed as an industrial site.

The Fayetteville City Council approved the annexations at its monthly meeting Monday night.

The request for the proposed industrial site was presented by Brandy Zachery, a civil engineer. The parcel is south of Dunn Road and east of Plymouth Street.

A request to rezone the property would change it from Cumberland County rural residential and Residential 10 to heavy industrial under the city’s zoning code.

The property belongs to heirs of Marie H. Whisman and Aom II LLC, a real estate brokerage with offices in Eastover.

Jennifer Baptiste, a senior planner with the city, said the land is vacant.

“The reason for annexation is for a proposed industrial site,” Baptiste said.

The council approved the request on a unanimous vote.

Two other annexation requests were approved by the council.

The King’s Grant community is nearby.

The request was to change the zoning from Cumberland County Planned Neighborhood Development to Single-Family Residential 15.

“The neighborhood has come together,” Councilwoman Kathy Jensen said. “We’ve got them at the table, and they’re one of the builders. They can help us out.”

The council had discussed right-of-way concerns about the project at an earlier meeting.

Branch said he had been unaware of access concerns at the site but that he will work with potential partners to open the right of way.

“We want to be good neighbors,” Branch told the council. “We’re going to help with King’s Grant on access. … There will be more access built into Farmers Road.”

Tumbleweed Holdings has no plans to build homes on the land or otherwise develop the property, he said. The swampy 5.3 acres will be used for stormwater control, he said.

“We determined that that infrastructure there is not suitable for development,” said Michael Blakely of Vacuum Design Services, who spoke on behalf of the project. “This will be part of a larger project that we are proposing — 140 lots by right.”

The land will be used as a utility corridor and for devices used to reduce pollution in stormwater runoff, which protects area waterways, Blakely said.

The council also approved a request from Gregory Whitley of MacRae, Perry, MacRae & Whitley LLP to annex eight parcels on behalf of a six-member ownership group. The 16.47 acres would be rezoned from rural residential and Residential 10 under county zoning to limited commercial conditional in the city’s zoning code.

The properties are on King and Rockfish roads.

Rick Myskey, who spoke in support of the annexation, said there are concerns about crime in that area and he was asking for more police presence.

He said the council should review security in the area.

“We’re right next to a school,” Myskey said.